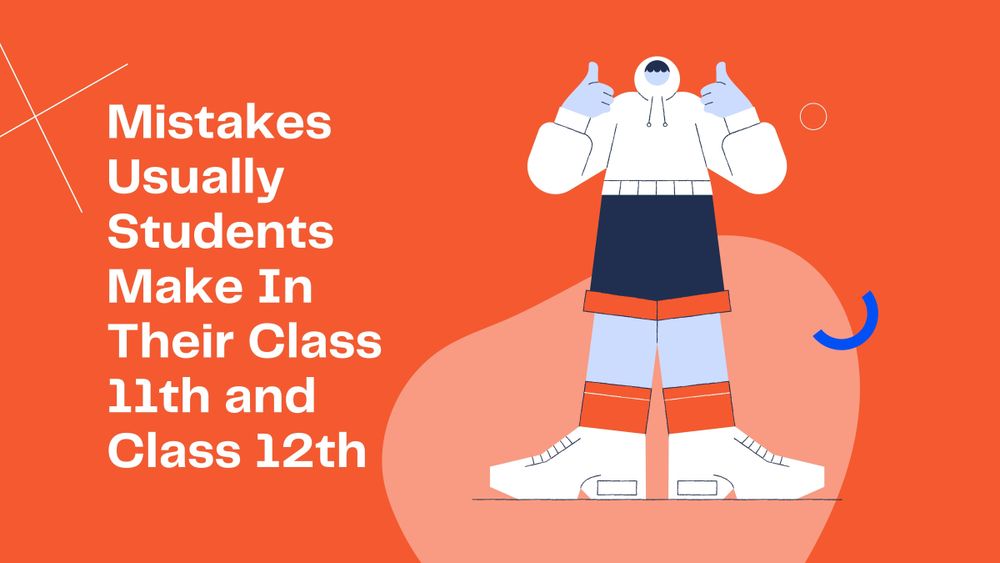 I am not going to discuss the solutions to the errors that you have made in your life because I have nothing to do with your life. Plus, we all have different life with different problems.

I am only going to talk about the mistakes that we usually make in school, mainly in class 11th and class 12th.

If you have made any mistakes in your classes, you can discuss them in the comments below.

After clearing class 10th with good grades, the next challenge we face is to choose the correct stream for ourselves, from the three most common streams.

This is one of the most challenging things because, most of the time, we make the wrong decision while selecting a stream.

Furthermore, if you choose wrong, then everything turns against you, which later results in struggling with that subject or just wanting to change that subject, which is kind of a robust process and wastes a lot of time and even puts pressure on your mind.

Apart from selecting the wrong stream, there are so many other mistakes students make in class 11th and class 12th.

These are as follows;

Commonly, students always get misguided by so-called seniors and by their parents because they all try to push their fads on students. Because of that, students are never able to decide what they want to do with themselves and start taking pressure simply because they don't have any idea about how to deal with these so-called wishes of their parents.

Furthermore, they never get to choose according to their own will. Even the subjects they choose to read in class 11th are suggested by someone. Or they choose those subjects because they don't have any clue about other subjects.

It was the same for me. I never thought about taking commerce and arts as my subjects, only because I never had a clue about these subjects.

So, what do they need to do?

The only thing they need to do is just choose subjects for which they're curious and score high in that subject with fewer efforts.

Which simply means a subject you feel easy to handle or deal with. So that your studies will remain a piece of cake for you, instead of being a pain in the neck.

It's only because students lack the information that is needed to make proper decisions. As I have explained above, I never had an idea of commerce and the arts. That's why I opted for science. And this happens to almost every student.

What kind of information do students lack?

How many options do they have after class 12th to go with, other than Engineering, IIT, NIT, Doctors? Etc. What other things can they do in their life? They never have a clue of what courses they can pursue after class 12th plus colleges with low fee structures because everyone doesn't have the privilege of affording expensive colleges.

All the necessary things which are required for taking an accurate decision must be known by students, simply because it's important to them.

Also, information is an essential raw material needed for making sound decisions. So if you're a student, then you must gain more and more knowledge related to the stuff that you intend to do in the future, because with proper knowledge you can remove barriers from your path.

As you know, we start with big goals like becoming a pilot and or even becoming a scientist, which later starts sinking with time and end up seeking any job.

Why does this happen to students?

Because our education system is concrete presently, students with time start getting depressed because they don't know how to deal with stuff and reach where they aspire to reach.

In the same way, only 50% of students who have a good and supportive family are able to chase their dreams, the rest just compromise with their dreams and drop the idea of chasing their dream or goal.

There are so many reasons behind it; sometimes it's for family reasons, sometimes for personal reasons, and many times only because of self-created problems due to lack of info and not having a proper idea of what to do or what not to do.

It's hard to completely take 100% accurate decisions because you never know what life is going to throw at you, but when you have a good amount of information, you can make better decisions, plus it will also keep your focus on your goal.

Furthermore, goal shifting arises because you never decide your goal according to you. Most of the time, it's the exaggeration of others' goals or copied from someone else, whom you admire or believe is successful according to the things he has in his life.

And most of the time, your idea of success is entirely wrong because you are adding inaccurate information to your brain.

Which, in the future, will become a source of your concepts from which you'll pick a goal for yourself.

Furthermore, things always don't work the way we want them to work because situations in life are unpredictable and completely uncertain.

So, if you really want to achieve anything, then you must fix your goals and try to move in that direction only.

Fixing your goal will increase the chances of your success. Even more, it will save your time and energy from being wasted on multiple useless things.

4. Getting involved in unnecessary things.

This happens when your hormones take charge of your body and result in the birth of an invisible thing, which is your ego.

When you have this ego thing in you, you just start getting distracted from your path, and you begin to get involved in unnecessary competition with your friends in your school and even in the coaching institute where you study.

Getting involved in unnecessary things only wastes your time, plus it also fills your mind with stress and other emotions which distract you from your goal.

Not only do these ego things also cause conflicts for you because you're not ready to compromise even though you're wrong.

So, you must take care of this thing because it happens to all students. After learning a few things, students start assuming themselves as the masters of that subject.

Which is kind of dangerous for them? I hope it's clear for you.

5. Joining expensive coaching for nothing.

This is for those who join coaching without having a decent idea of what they really want to do. Many

students don't want to do IIT but still enter coaching for preparing for JEE, which is kind of insane because this coaching is too expensive.

If you're familiar with the web series KOTA FACTORY, then you may have a clue about how coaching really works.

10% of students who really want to do IIT, the rest 90% of mediocre students are their financial supporters.

All this coaching is funded by students who are not interested in doing IIT, or their parents want them to do IIT.

These students always remain in confusion and fail to make proper decisions. And later end up not clearing IIT. Because of that, they sometimes take the wrong step to correct that previous step.

I think you're getting my point.

So, because of not knowing what to do or not to do, they choose things that other people want to do or suggest they do.

This is kind of wrong because every student is unique and different. Plus, everyone has other skills when it comes to life.

It was the same with me. Back then, I used to copy my friend's goals when my teacher used to ask me Beta, what do you want to become in the future?

My reply to her was from listening to my friends' goals. If they said that they wanted to become a pilot, so did I, because I had no clue about the future, and even worse, I didn't even have an idea of what my destiny was.

So I followed the mob mentality till my class 12th, and because of that, I ended up taking science as my stream.

You can resonate if you're currently in class 11th or in class 12th. This happens to all of us. We choose our subjects by looking at our friends because we don't have proper data about the importance of stream and how to really choose the correct stream for ourselves.

That's why I am suggesting you gain proper knowledge before taking any decisions for yourself because they're going to affect you in the future. There are other small mistakes as well, which students make in class 11th and class 12th.

I am not explaining the above mistakes because they are relatable and everyone can make them.

What after the 12th results.

If you like my articles, just share these with your friends by using the social buttons below. Stay safe and stay blessed. 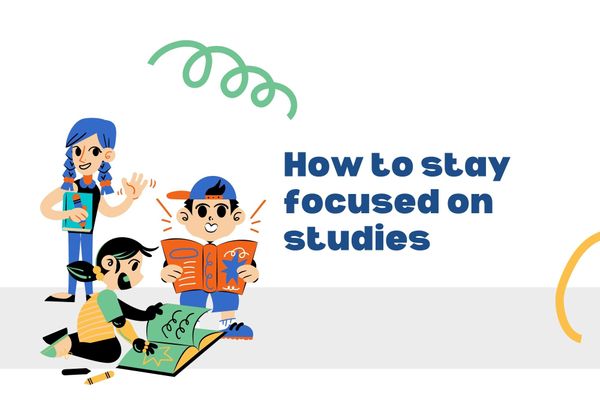 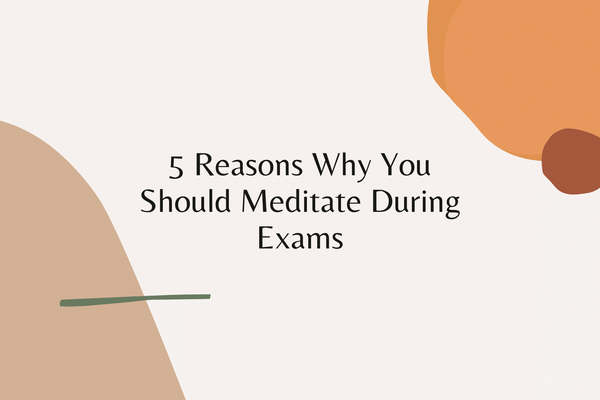 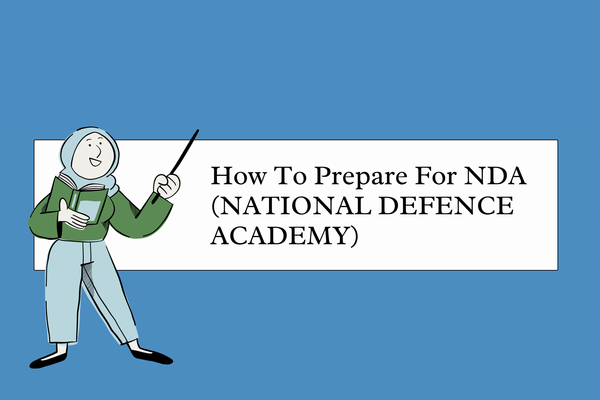 a month ago • 4 min read
Great! You've successfully subscribed.
Great! Next, complete checkout for full access.
Welcome back! You've successfully signed in.
Success! Your account is fully activated, you now have access to all content.
By Using This Site, You Agree To Our Terms And Conditions. Learn more ↗